CCLE Board of Scholars 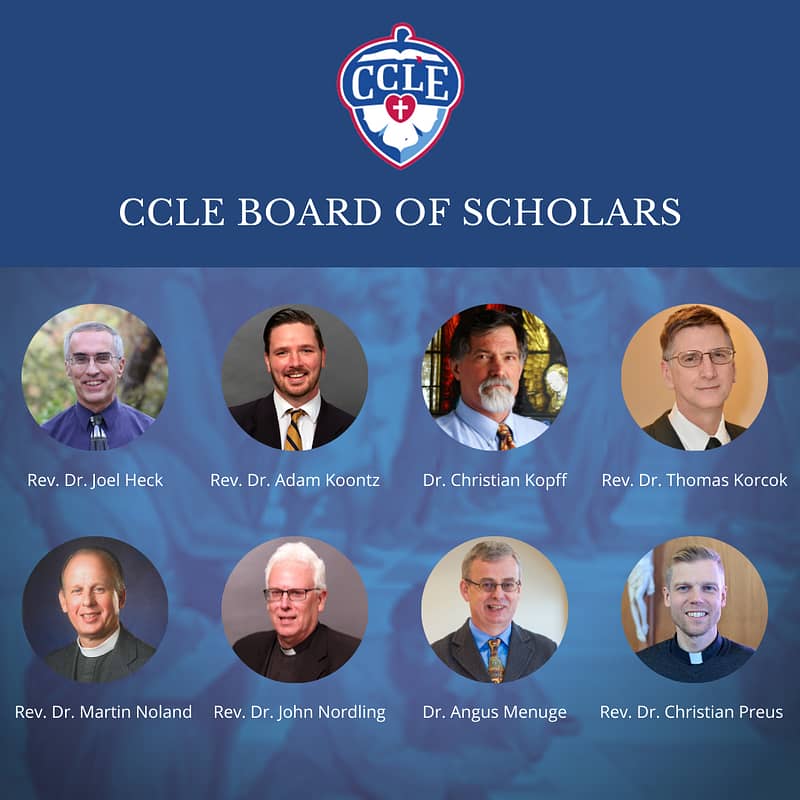 The CCLE is pleased to announce the founding of our newly established Board of Scholars—an honorary, non-governing body which has been formed in order to solidify partnerships for furtherance of the CCLE mission. Membership to the Board of Scholars is awarded to recognize those who have made noteworthy contributions to, and scholarly achievements in, classical Lutheran education.  […]