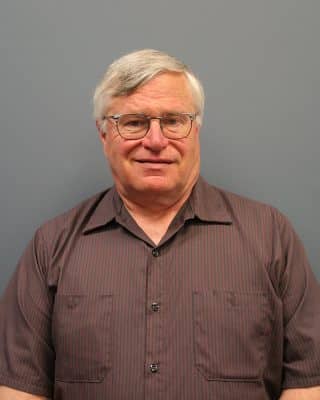 The Consortium for Classical Lutheran Education Board of Directors is pleased to confer the distinguished Magister Magnus award to Dr. Gene Edward Veith for his exceptional vision, service, and dedication to the cause of classical Lutheran education.

Dr. Gene Edward Veith, born in Oklahoma in 1951, received his B.A. in Letters (Literature, Philosophy, History, and Classics) from the University of Oklahoma and then received an M.A., M.Phil., and Ph.D. in English from the University of Kansas. For nineteen years, he was Professor of English at Concordia University Wisconsin. He served as the Dean of the School of Arts and Sciences for six of his years at CUW. He has also worked as the culture editor of World, a magazine devoted to considering current events from a Christian perspective. Dr. Veith served until his retirement in 2016 at Patrick Henry College where he was Professor of Literature, Provost, and interim President. In this position, he did much to advance the cause of classical Christian education. He has been recognized with Honorary Doctorates of Letters by Concordia Theological Seminary in 2005, by Concordia University Irvine in 2014, and by Patrick Henry College in 2016.

Dr. Veith is the author of more than 25 books on topics including classical education, literature, culture, Christianity, and the arts, such as God at Work: Your Christian Vocation in All of Life; Classical Education; Reading Between the Lines: a Christian Guide to Literature; Postmodern Times: A Christian Guide to Contemporary Thought and Culture, and Spirituality of the Cross. His writings number more than 100 scholarly articles, reviews, and papers.

Dr. Veith’s speaking engagements have brought him to Finland, Norway, Denmark, Australia, Canada, France, and England. He has been a visiting professor at the Estonian Institute of Humanities, Gordon-Conwell, Regent College (Vancouver), and Wheaton College; and a Fellow at the Capital Research Center and the Heritage Foundation. He continues to serve as the director of the Cranach Institute at Concordia Theological Seminary in Fort Wayne, Indiana.
Dr. Veith has served the CCLE as a board member since its founding. He supports the vocations of classical Lutheran day school and home school educators, sharing his wisdom and passion for classical education at CCLE annual conferences.

Dr. Veith and his wife, Jackquelyn, have three grown children and a growing tribe of grandchildren.
The early vision of dedicated individuals, including Dr. Gene Edward Veith, has influenced an expansion of classical Lutheran education in all of these areas over the past three decades:

The Consortium for Classical Lutheran Education Board of Directors is honored to confer the Magister Magnus award to Dr. Gene Edward Veith.