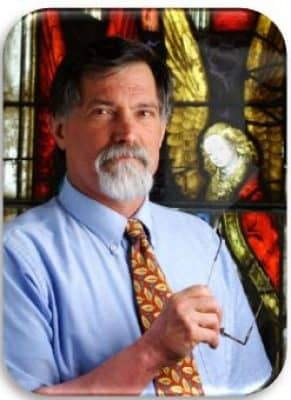 The Consortium for Classical Lutheran Education Board of Directors is pleased to confer the distinguished Magister Magnus award to Dr. E. Christian Kopff for his exceptional vision, service, and dedication to the cause of classical Lutheran education.

Dr. E. Christian Kopff was born in Brooklyn NY, November 22, 1946 and educated at St. Paul’s School (Garden City NY), Haverford College PA (B.A., summa cum laude) and the University of North Carolina at Chapel Hill (Ph. D., Classics). He has taught at the University of Colorado, Boulder since 1973, where he has been Associate Director of the Honors Program since 1990. He is editor of a critical edition of the Greek text of Euripides’ Bacchae (Teubner, 1982) and author of over 100 articles and reviews on scholarly, pedagogical, and popular topics. From Fall 2004 to 2011 he served as Director of the Center for Western Civilization at the University of Colorado, Boulder. He currently works with the Classics Department of the University of Urbino, Italy on ancient Greek lyric poetry. He is a Fellow of the American Academy in Rome and has been awarded grants from the National Endowment for the Humanities (twice) and the CU Committee on Research (twice). His book, The Devil Knows Latin: Why America Needs the Classical Tradition (ISI Books, 1999) is widely cited in the Classical Christian Education movement.

Dr. Kopff’s many intellectual gifts have been used to support classical Christian schools in a variety of ways. He was a Founding Board Member of the Society for Classical Learning (2001-2011) and serves on the editorial board of SCL’s Journal (2016-2018). He studies and teaches the influence of classical education in modernity and texts and traditions, from science to Sophocles, that arose in the ancient world and remain important and influential today. He serves as speaker and consultant for classical schools. CCLE conference attendees enjoy his rhetorical skill and wit, as he regularly delivers the annual post-banquet address.

Dr. Kopff is a devoted member of the Lutheran Church- Missouri Synod. He was confirmed in the LCMS (Grace, Malverne NY) and has been a member of four Colorado LCMS congregations. He has used his gifts to serve these congregations as a Bible class teacher, New Testament Greek teacher, and Elder. He has served as ULC lay delegate at Rocky Mountain District conventions and as RMD lay delegate at the 2013 and 2016 LCMS conventions. (In 2013 he served on the floor committee for Seminary and University Education.) He has written for The Lutheran Witness (March 2015) and been featured in Lutherans Engage the World (Sept-Oct 2015).

He and his wife, Carmen, who teaches French at CU, are the parents of two boys, both confirmed at Eternal Savior in their baptismal faith: Barrett, born in Rome, Italy in 1987, and Theodore born in their kitchen in Boulder, in 1989.

The Consortium for Classical Lutheran Education Board of Directors is honored to confer the Magister Magnus award to Dr. E. Christian Kopff.