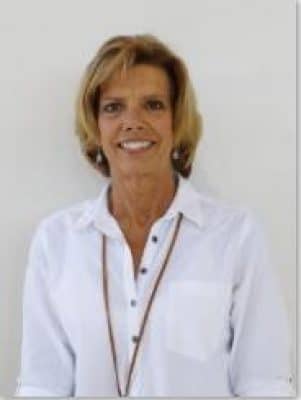 The Consortium for Classical Lutheran Education Board of Directors is pleased to confer the distinguished Magistra Magna award to Mrs. Melinda Kae Heine for her exceptional vision, service, and dedication to the cause of classical Lutheran education.

During her undergraduate years at Concordia University – Seward, Nebraska, Melinda became disillusioned with progressive education and how much the secular understanding of education and children had crept in to our Lutheran institutions.  She subsequently became committed to the classical approach while working as the Coordinator of Reference Services at Concordia Historical Institute in St. Louis.  “Being immersed in Lutheran history,” Melinda recalls, “I realized the great extent to which Lutheran schools had abandoned the Reformation classical model and orthodox theology and embraced Dewey and progressivism.”  Melinda credits the mentoring of CHI Director Dr. August Suelflow for this “re-discovery” of classical education, and she spent years researching, looking at curriculum, reading books, and examining other schools, e.g., Marva Collins and Westside Prep in Chicago.  She recalls that in those pre-Internet days, this was a huge undertaking!

In 1989, Melinda moved to Pagosa Springs, CO, with her husband, Rev. Bill Heine, and her children.  She homeschooled for several years while planning for a classical parish school.  This school, Our Savior Lutheran School, opened in the fall of 1992.  It was a one-room school with 16 students grades K – 6th.  Melinda was the sole teacher and administrator of this school.  The next year, Rev. Heine became the headmaster, 7th and 8th grades were added, and Latin began in the lower level.  After two years, the enrollment had grown to 56 students.  Melinda received the Rocky Mountain District of the LCMS’ Lutheran Teacher of the Year award for the 1992 – 1993 school year.

In 1994, the Heines moved to Alberta, Canada.  Here, Melinda served on the school board to help St. Matthew Lutheran School transition from a progressive school to a more classical Lutheran approach.  This transition was very controversial and difficult, as classical education had not been widely accepted or adopted in the United States or in Canada.  Over the next two decades, Melinda, alongside her husband, continued to spread the message of the benefits of classical Lutheran education in Sheridan, WY; Concordia, MO; and Houston, TX.  Melinda has made the case for classical Lutheran education at speaking engagements in Colorado, Wyoming, Montana, Texas, and Canada.  She has also volunteered at the Alberta-British Columbia District Archives and the St. Paul Historical Society Archives in Concordia, MO; has served on school boards and curriculum committees, has served as a site visitor to multiple classical Lutheran schools seeking accreditation from the CCLE, and is the co-author with Cheryl Swope for the CCLE’s Curriculum Resource Guide.

The early vision of dedicated individuals, including Melinda K. Heine, has produced an expansion of classical Lutheran education in all of these areas over the past three decades:

The Consortium for Classical Lutheran Education Board of Directors is honored to confer the Magistra Magna award to Melinda K. Heine.